Table Sport Pros may earn a commission when products are purchased via links on this page. Learn more.

As a lifelong table tennis player, I’ve always been interested in the history of the game. When was it first played? How did we arrive at a 9’x5′ table? Were paddles always the same size? It’s a deceptively simple sport, yet there’s a fascinating history behind its origins and progression – and one that I’ve tried to untangle over the years.

Researching any sequence of historic events can be difficult though. There are often conflicting opinions and disagreements even amongst experts. That’s certainly the case with table tennis – especially during the earliest days.

Even so, I’ve aimed to put together a general overview of ping pong’s progression in this article. I’m not a historian, but I’ve noted where there is differing opinions and ideas. Treat this article as the starting point to the history of ping pong rather than the final say.

As you’ve probably guessed, the beginnings of table tennis can be traced back to lawn or “Court” tennis. This was first played around the 12th Century AD, although it only had a passing resemblance to the tennis we know today.

Lawn tennis continued to be popular – especially amongst wealthy Victorians. In the 1800s people in India and South Africa started to play “indoor” tennis, although there’s disagreement as to whether it was British soldiers or just upper-class citizens. Regardless of who played it, these early days were all about improvisation, with books used as nets, cigar boxes as paddles and wine corks as balls.

Table tennis quickly caught on amongst the English upper-class. At first it was called “indoor tennis,” but the first recording of the name “Table Tennis” appeared in 1887. Wealthy people in Victorian times were always looking for novel ways to entertain themselves, especially during the wet British winters, so table tennis rapidly grow in popularity.

The Path to an Official Game

While table tennis in Victorian times was recognisable as the same game, it was a long way from the ping pong we know today. A big step forward was when standardised sets first hit the market, as these included a small ball, paddles and net so people could play without trying to make everything themselves.

When did the first companies start producing table tennis sets though? The first recorded evidence dates from 1890, although this set included table versions of football and cricket too. It was around this time that patents with simple rulesets started to appear.

A lot of innovation was happening during this period. The first balls were either rubber or cork, but celluloid balls began to be introduced. Various types of paddles were tested, along with table surfaces and nets. The game was a long way from becoming standardised, but it was inching closer to the modern game.

Despite these innovations, the early 1900s was a strange time for table tennis. In 1901, the official “Table Tennis Association” was founded – although this folded just a few years later. People played the game, but it never really caught on as a widely played game.

The game became “Official” in 1927, when the International Table Tennis Federation organised the first world championships. This was the first step to becoming an Olympic sport in 1988, and helped to standardise the game. Both men’s and women’s events were held, although there were still big differences compared to the game we know and love today.

Most of the differences were due to the equipment used. In the 1936 World Championship, for example, the tables had a repainted surface (unlike modern tables – click here for more info) which greatly slowed down the game. This, combined with the 6.75″ net, made attacking play almost impossible. Many American players also used fingerspin serves which had proved a big advantage. To counteract this, the ITTF lowered the net height and also banned fingerspin serves in later years.

The Domination of China

It’s difficult to believe that European players once dominated ping pong, but they did in the early world championships. Japan and China started to become more of a force in the 60s though, although there were periods when Chinese players couldn’t compete due to the rule of Mao Tse-Tung.

By the 1970s, Chinese players were dominant in the world scene. There were periods when this dominance was temporarily broken, such as when Sweden men’s won the team championships several times at the start of the 90s, although China largely dominated in the women’s scene.

This dominance continues today, although there are plenty of skilled players from around the world.

The Olympics and the Noughties

One of the biggest events in world table tennis was when the game became an Olympic sport in 1988. It also became a Commonwealth sport in 2002.

Despite being played for over 100 years, the ITTF were still tweaking rules in the 2000s. The ball diameter was increased to 40mm in 2000, for example, while the scoring system was adjusted in 2001. Table tennis glues were also banned in 2007 due to health issues.

The reason for some of these changes was to make the sport more suitable for TV. Bigger balls made the game slightly slower, which made it easier to follow on a TV screen. It’s hard to believe that professional matches before 2000 were even faster than today, but they were!

Table tennis has a rich history and has gone through many changes. Whether being played by Victorian-era soldiers in South Africa or top pros in the Olympics, the idea behind the game has always been the same though. With over 40 million competitive players across the world, it has also continued to grow. I believe this is due to the combination of simplicity and an infinite skill ceiling, which makes the game continuously challenging while easy to play.

If you haven’t tried table tennis already, give it a try. It’s a game that’s stood the test of time – and it’ll be popular for many years to come. 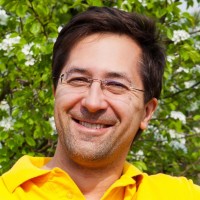 William Morgan
William is a table tennis and pool enthusiast who loves reviewing equipment related to his various hobbies. His goal is to help you get the maximum enjoyment from your chosen table sport!

12 Physical and Mental Benefits of Playing Ping Pong
How Much Space Do You Need for a Ping Pong Table?
Lawn Tennis to Ping Pong: A Brief History of Table Tennis

The content on TableSportPros.com does not constitute professional advice. None of the content has been reviewed or written by a medical professional, and you use the information at your own risk.

As an Amazon Associate, I earn from qualifying purchases.

TableSportPros.com also participates in various other affiliate programs. When you buy something after clicking a link on this site, we may receive a commission.